Robin Williams was found dead yesterday at his home near Tiburon, California. The actor and comedian was 63. Authorities are still investigating the circumstances of death, but one thing that is known is that he was battling severe depression. A mountain of studies has shown that antidepressant drugs are largely ineffective, yet many hollywood stars are hooked on the happy pills. Might we finally heed the warnings and shake ourselves out of our pharmaceutical stupor?

Women have a 10 to 25 percent risk and men a five to 12 percent risk of developing severe major depression in their lifetime. The use of these drugs has tripled in the last decade, according to a report by the federal government. In 2006, spending on antidepressants soared by 130 percent.

Dr Mark Hamer, a public health researcher at University College London, shows that people on the older drugs — tricyclic antidepressants — are at far higher risk of cardiovascular disease than those taking the newer class of pills, selective serotonin reuptake inhibitors (SSRIs). But tricyclics were discovered in the Forties and it is only now we have identified these dangerous effects.

Moreover, some SSRI drugs are known to cause serious problems such as stomach bleeding. In addition, the withdrawal symptoms can be so severe that patients may become dependent on them.

Dr Hamer says his findings do not only affect people with depression, because antidepressants are also prescribed to people with back pain, headache, anxiety and sleeping problems.

25% of American children are now on psyche drugs. And according to the CDC 1 out of every 6 children are developmental damaged. Do you ever wonder why so many people on psyche drugs are committing suicide and homicide these days? After all, decades ago, there were no “school shootings” or bizarre child suicides or homicides like those found onwww.ssristories.com.

Up to 50% of Psyche Drugs Are Not Metabolized

Years ago the genome project identified the main metabolic pathway needed to metabolize 25 – 50% of all psyche drugs and street drugs. Common psyche drugs such as Adderall, Haldol, Respirdal are on the list that needs the Cytochrome P450 gene 2D6 in order to be metabolized. 2D6 refers to the most major metabolic liver enzyme.

Perhaps more than 10% of caucasians and a percentage of Asians and African Americans do not have the 2D6 activity. These folks can notmetabolize 25-50% of the psyche drugs. These non metabolizers are given more and more psyche drugs as they become more and more psychotic until they hang themselves, kill someone else or become disabled in a mental institution, foaming from the mouth.

One leading expert, Randolph Nesse, a psychiatry professor at Michigan University, argues that mild forms of depression are beneficial, often interjecting in life to tell us to stop what we are doing and reconsider.

This can help, he says, when something awful happens to us, such as a job loss or relationship break-up, when it makes sense to slow down to grieve, reassess and make changes.

But instead, we live in a world that tells us that when we feel out of sorts we need a pill to recover.

It is this belief that creates queues of patients at the doors of hard-pressed GPs, who often feel they have no option but to hand out happy pills as though they were sweeties.

Many patients later claim they couldn’t have coped without them. They will swear that ‘the drugs make me feel better, so they must be working’. But often the drugs do not actually work as chemicals. Instead, they merely reassure us — the so-called placebo effect.

There’s more. It also causes panic attacks, low heart rate and lightheadedness, induced mania, psychotic symptoms, electrolyte disturbances and seizures, and even anorgasmia (inability to achieve orgasms). There are literally dozens of other side effects too numerous to mention in this article.

How We have Been Deceived by the Antidepressant Hoax

Drug companies are not forced to publish all the results of their studies. They only publish those they want to. The team of researchers that reported their findings in The New England Journal of Medicine took a critical look at all the studies done on antidepressants, both published and unpublished. They dug up some serious dirt …

The unpublished studies were not easy to find. The researchers had to search the FDA databases, call researchers, and hunt down hidden data under the Freedom of Information Act. What they found was stunning.

That means the results were twisted to imply the drugs worked when they didn’t.

This isn’t just a problem with antidepressants. It’s a problem with scientific research. Some drug companies even pay or threaten scientists to not publish negative results on their drugs. So much for “evidence-based” medicine! I recently had dinner with a step-uncle who runs a company that designs research for drug companies. He designs the study, hires the researcher from an esteemed institution, directs the study, writes up the study and the scientist just signs his or her name after reviewing it.

In 2008, Professor Irving Kirsch at Hull University found something strange when he took a close look at some figures from drug manufacturers’ own trials of four common antidepressants.

The drugs improved patients’ sense of wellbeing. So far, so unremarkable.

But many of those involved in the trials were given sugar pills instead of antidepressants.

And their depression scores improved just as much as those on the real pharmaceuticals. In other words, the placebo patients put so much store by the magical (and much-promoted) power of antidepressants that they lifted their own morale without any genuine chemical intervention. Such is the life-enhancing power of human belief.

But this phenomenon also has a dark side: the opposite of placebo, which is called the ‘nocebo’ effect.

This occurs when you convince someone that a particular thing will do them harm, and they begin to feel sick.

Pharmaceuticals prescribed for mood are among the most dangerous due to their side effects and high toxicity to brain chemicals and hormones. Medicinal plants and natural nutrients are extremely effective in promoting neurotransmitter balance while promote relaxation. Please review Dr. Dave Mihalovic’s report on effective mood stabilizers that can dramatically improve and stabilize moodswings, suppressing manic phases but not inducing depression and curing depressive episodes while not causing mania.

Marco Torres is a research specialist, writer and consumer advocate for healthy lifestyles. He holds degrees in Public Health and Environmental Science and is a professional speaker on topics such as disease prevention, environmental toxins and health policy.

Have you read my own personal story about how I avoided antidepressants and used natural methods to completely recover within a month?  Read that here.

Pin this by clicking here 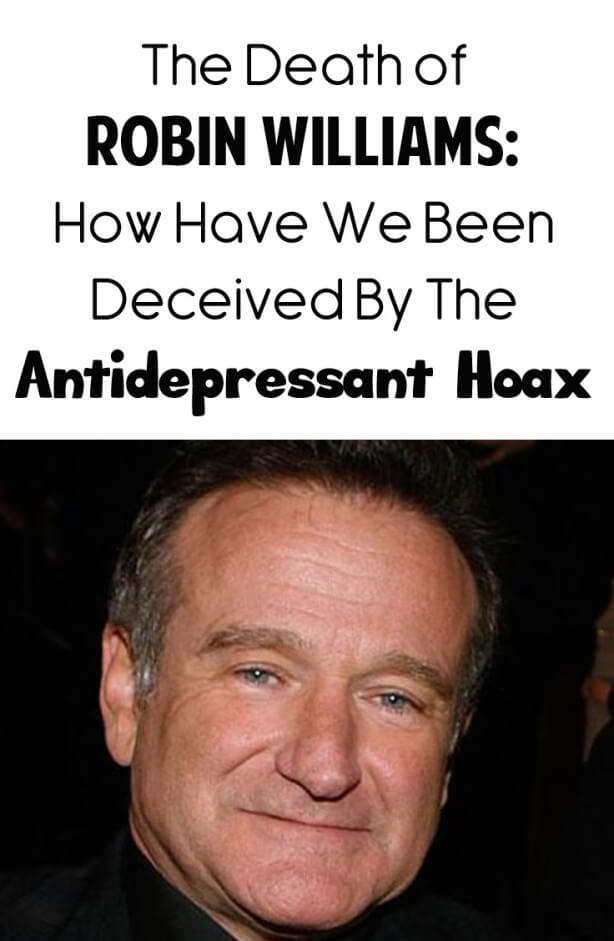