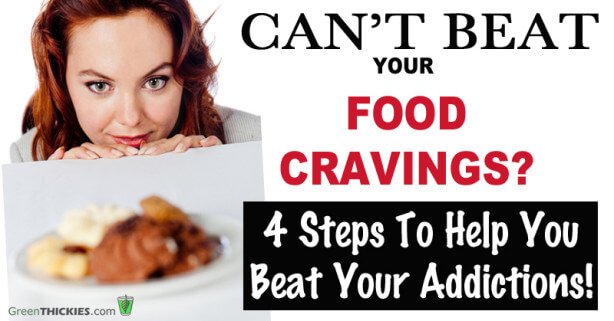 Are you having trouble losing weight because of an addiction to sugary foods? ABC News shares Dr. Mehmet Oz’s four steps for beating those cravings by detoxing your liver:

It’s estimated that up to 100 percent of women and 70 percent of men experience food cravings in any given year. Entirely separate from hunger pains, which can be satisfied with a variety of foods, food cravings make you yearn for a taste of something very specific, usually a food rich in sugar, salt or fat.

And when you’re in the middle of a craving, it feels like nothing else will do to satisfy that urge.

It may sound extreme to compare a craving for chocolate to a craving for heroin, but the same brain regions are actually involved in both cases. During both types of cravings, three regions of your brain — the hippocampus, insula, and caudate, which are related to emotion, memory and reward — are activated.

Sugar in particular, which is one of the most common food cravings, is also one of the most addictive food ingredients, as it triggers production of your brain’s natural opioids — a key to the addiction process. Your brain essentially becomes addicted to its own opioids as it would to morphine or heroin.

Refined sugar may be even more addictive than cocaine — one of the most addictive substances currently known.

In one study, when rats were allowed to choose either sweetened water or cocaine, an astonishing 94 percent of rats chose the sweet water. Even rats that were addicted to cocaine quickly switched their preference to sugar once it was offered as a choice.

The researchers speculated that the sweet receptors (two protein receptors located on your tongue), which evolved in ancestral times when the diet was very low in sugar, have not adapted to modern times’ high-sugar consumption.

Therefore, the abnormally high stimulation of these receptors by our sugar-rich diets generates excessive reward signals in your brain, which have the potential to override normal self-control mechanisms, and thus lead to addiction.

What’s Leptin Got to Do With It?

There are a variety of reasons why you may crave a particular food at any given moment. Seeing a commercial for a food, imagining it, or getting a whiff of it can all certainly contribute, as can emotional triggers like boredom, loneliness and even happiness.

But often food cravings, and particularly sweet cravings, are the result of a complex hormonal reaction, one that is often triggered by the very same foods you crave.

Here’s how this works: The hormone leptin has been shown to target taste receptors on your tongue, thereby increasing or reducing cravings for sweet foods. It is believed that leptin is a sweet-sensing modulator (suppressor), and therefore a contributor to the process that regulates food intake.

It is likely that either a lack of leptin, or your body’s failure to respond to the hormone due to defects in your leptin receptors, contributes to the so-called ‘sweet tooth’ or sweet cravings that affect so many people.

It’s already been discovered that animals and humans with low leptin levels, or with defective leptin receptors, tend to become obese. Leptin — a hormone produced by your fat cells — is directly involved in weight regulation by signaling your brain when your fat cells are full — instructing your body to reduce hunger, increase fat burning, and reduce fat storage.

So, in addition to increasing cravings for sweets, low leptin levels (or conversely, excessive leptin levels due to leptin resistance) also diminish your feelings of satiety, leading to continued intake of sweet foods.

What Causes Your Leptin Levels to Go Haywire?

And when you become leptin-resistant, your body can no longer “hear” the messages telling it to stop eating, burn fat, and maintain good sensitivity to sweet tastes in your taste buds — so you remain hungry, you crave sweets, and your body stores more fat.

Leptin-resistance also causes an increase in visceral fat, sending you on a vicious cycle of hunger, fat storage and an increased risk of heart disease, diabetes, metabolic syndrome and more.

As Dr. Mehmet Oz told ABC News:
“Sugar acts directly in the brain to inhibit the effect of leptin and increased appetite so you never feel full. So then you keep eating, and you become leptin-resistant … What you need to do is break the addiction by detoxing the liver, which has stopped metabolizing fat properly. Sugar consumption causes fat to build up in liver cells, which decreases the liver’s ability to metabolize fats and sugars and detoxify your body.”
Dr. Oz actually recommends replacing grains with broccoli or cauliflower for one week, along with eating garlic, chives and leeks, as the first step to beating a fat and sugar addiction by way of detoxing your liver.

Indeed, “cleaning” your palate of grains to eliminate your body’s learned response to sugar is important, but I recommend you limit or eliminate grains and sugars in your diet for longer than one week, and do so according to your nutritional type as well.

The Other Major Component of Food Cravings

Along with supplements to help with sugar withdrawal and carb cravings, Dr. Oz also mentions the need to address emotional eating, and I couldn’t agree more.

Research suggests about half of adults turn to food in times of boredom, stress and loneliness. And for people who said stress often drove them to eat, the comfort food of choice tended to be greasy, salty or sweet. Not surprisingly, such “stress-driven” eaters, particularly women, weighed more on average, and among women those who felt a lack of emotional support in their lives had a greater tendency to eat to cope with stress.

So your emotional health, whether you’re eating as a distraction, a reward or to help fill a missing void in your life, must be dealt with in order to successfully resist cravings for unhealthy foods.

For this I highly recommend the Emotional Freedom Technique (EFT), which helps eliminate your food cravings naturally.

Another Simple Trick for Warding Off Food Cravings …

Anyone who exercises intensely on a regular basis will know that significant amounts of cardiovascular exercise is one of the best “cures” for food cravings.

It always amazes me how my appetite, especially for sweets, dramatically decreases after a good workout. I believe the mechanism is related to the dramatic reduction in insulin levels that occurs after exercise. Elevated insulin levels are another primary contributing factor to food cravings, and if insulin levels are reduced many of these cravings will simply fade away.

A regular exercise program will help make food cravings less likely in general, but you can use it therapeutically too. If you’re hit with a strong craving for sweets, for instance, a session of Sprint 8 exercises, which takes just 20 minutes, will likely make the craving disappear.

Pin this by clicking here 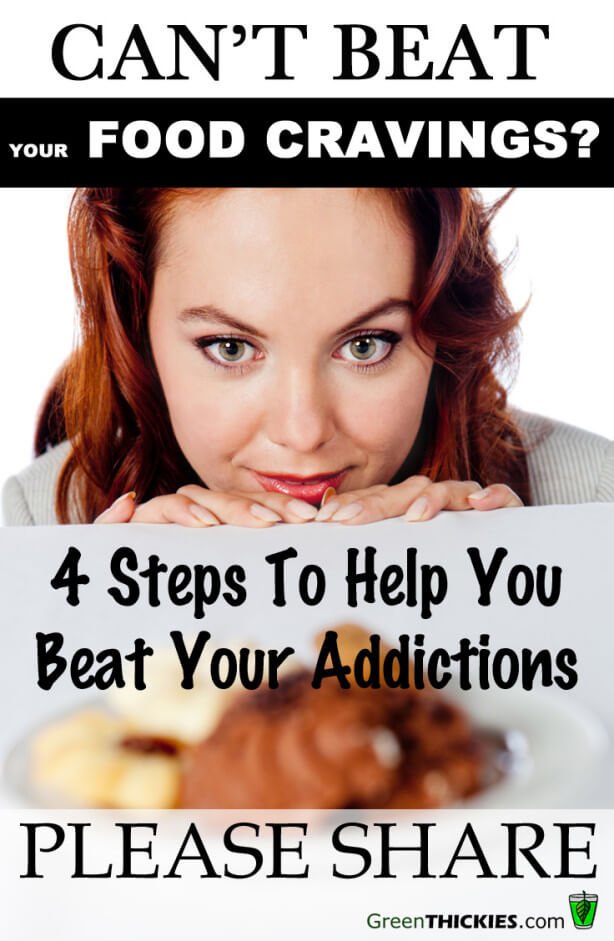